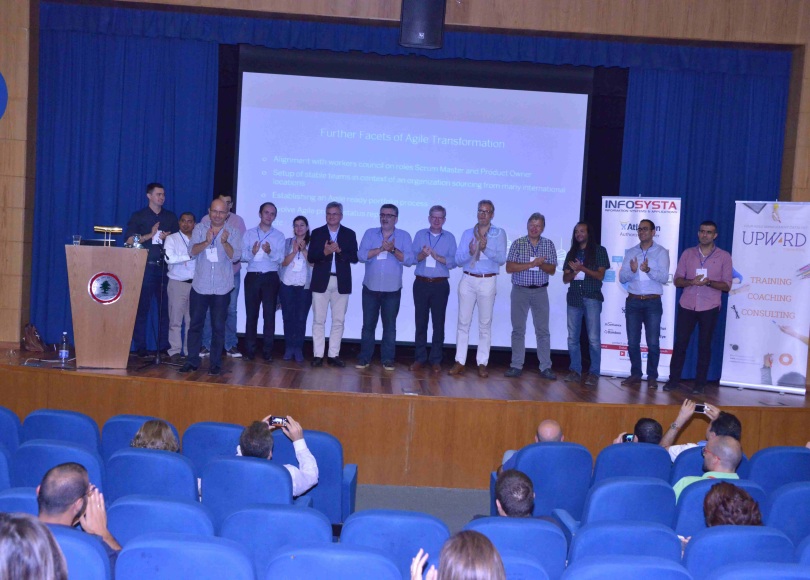 In my previous post, I shared with you how Philippe and I prepared for our talk “Extreme Practices.” In this post, I will be briefing the talk’s content; starting with the pitch and ending with the feedback! Philippe has already posted a blog on the talk that you can read here. 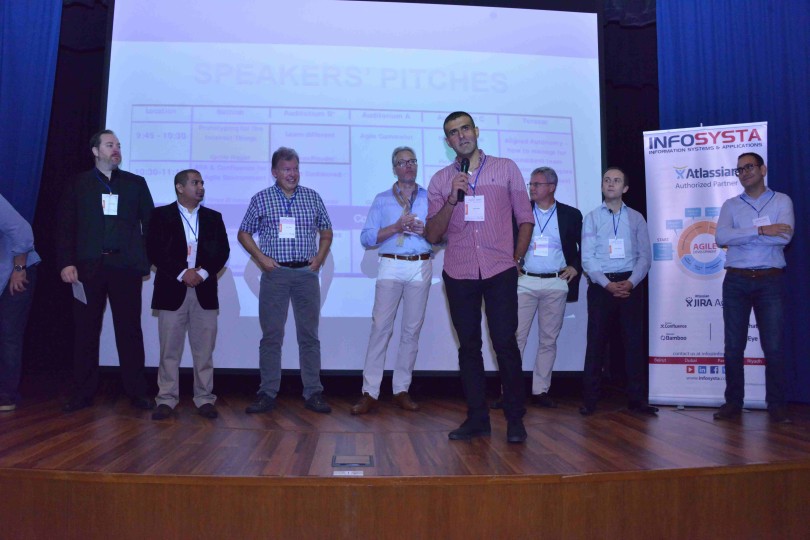 Each of the speakers had to brief their session in a thirty seconds pitch. This was mine:

This is unusual for me, because my co-presenter is in Paris! Philippe and I will demonstrate how we adopted the practices of Extreme Programming in our distributed team. We will also have two live demos; the first on remote pair programming and the second on remote meetings. 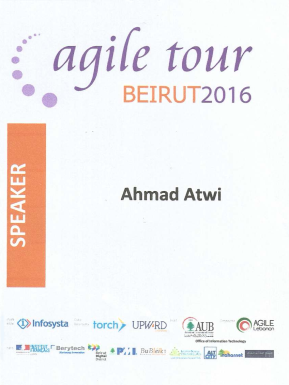 The audience started taking their seats; and in a couple of minutes, the room was full! We started by engaging the audience with three simple questions!

Who goes to work by car?

Who goes to work by bus?

Who goes to work on Skype?

After introducing ourselves, our team and Murex, we spent the first half of the talk discussing four of the XP practices and their benefits. 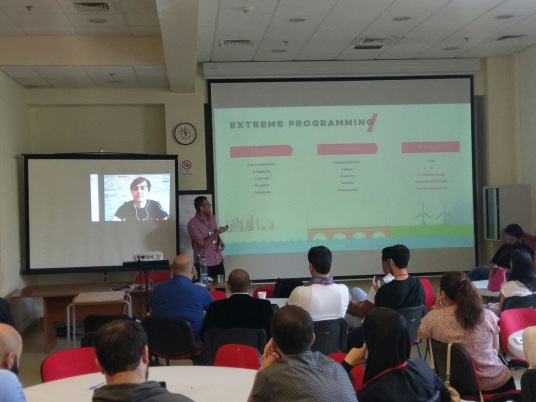 Our second half of the talk was dedicated to sharing how we are applying XP in a remote mode, mainly focusing on Pair-Programing and Retrospectives. The discussion included the difficulties we faced at the beginning and how we managed to solve them. We ended the discussion on both topics by a live demo!

Here is a short video of the PairProgramming demo we did!

“You don’t have to move abroad for your dream job!“.

Remote work is becoming the trend! The advancement of the collaboration tools and technologies is making it easier for companies to adopt. In the future, you will see more and more developers working from home.

That was our message to the audience!  We concluded that there are three ways to organize your team when working remotely:

In addition to the above two Kudo cards, I received several positive verbal feedback at the end of the session. All that was a sign that our talk was successful!

Finally, you can have a look on our slides here: